Document values, morals for the emulation of others – Dr Adutwum

Document values, morals for the emulation of others – Dr Adutwum

Accra, April 08, GNA – The Minister of Education, Dr Yaw Osei Adutwum,
has asked Faith Based educational institutions to document their values and
morals which have made them the preferred institutions for intellectual and
moral upbringing. 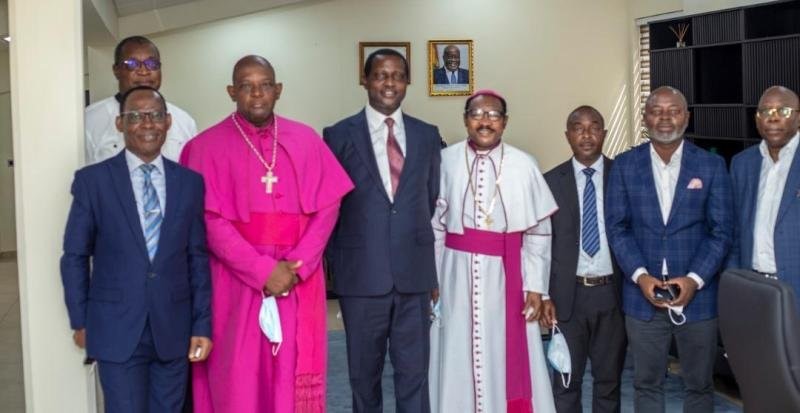 He explained that, with their good academic record and other strides being achieved by institutions like Anglican Church managed Adisadel College, there was the need for such schools to encode their moral values to serve as a blueprint for low performing institutions to aid their transformation.

Dr Adutwum made the call when the leadership of the Anglican Church of Ghana paid a courtesy call on him on Tuesday.

The courtesy call aimed at introducing the newly appointed Archbishop of the Church to the Minister and also discuss issues relating to the development of education in the country.

The Education Minister lauded the Anglican Church for its role in the development of education in the country, citing Adisadel as one of such best schools.

Dr Adutwum hinted that plans were far advanced towards linking low performing Senior High Schools in the country to high performing ones to learn from their best practices.

The Education Minister pledged the Ministry’s flexibility towards schools managed by Faith-Based Organizations (FBO) for them to operate freely for optimum results.

He charged FBOs to “work very hard to ensure that our schools become the transformation centres for the nation’s youth so they would be trained to meet the 21st century needs”.

Dr Adutwum therefore demanded positive outcomes from the Missions by ensuring that their institutions got the right results to became the first port of call for quality education in the country.

He pledged the church’s readiness to collaborate with the Ministry to promote the development of education in the country.

The delegation again pledged to make available large acreage of land belonging to the Anglican Church at various locations across the country to the government to boost the development of education which was the key to national development.

British Council, Education Ministry to collaborate towards education development in the country